Why Are Mortgage Interest Rates Increasing?

According to Freddie Mac’s latest Primary Mortgage Market Survey, the 30-year fixed rate mortgage interest rate jumped up to 3.94% last week. Interest rates had been hovering around 3.5% since June, and many are wondering why there has been such a significant increase so quickly.

Why did rates go up?

Whenever there is a presidential election, there is uncertainty in the markets as to who will win. One way that this is noticeable is through the actions of investors. As we get closer to the first Tuesday of November, many investors pull their funds from the more volatile and less predictive stock market and instead, choose to invest in Treasury Bonds.

When this happens, the interest rate on Treasury Bonds does not have to be as high to entice investors to buy them, so interest rates go down.  Once the elections are over and a President has been elected, investors return to the stock market and other investments, leaving the Treasury to raise rates to make bonds more attractive again.

Simply put, the better the economy, the higher interest rates will go. For a more detailed explanation of the many factors that contribute to whether interest rates go up or down, you can follow this link to Investopedia.

Even though rates are closer to 4% than they have been in nearly 6 months, they are still slightly below where we started 2016, at 3.97%.

The great news is that even at 4%, rates are still significantly lower than they have been over the last 4 decades, as you can see in the chart below. 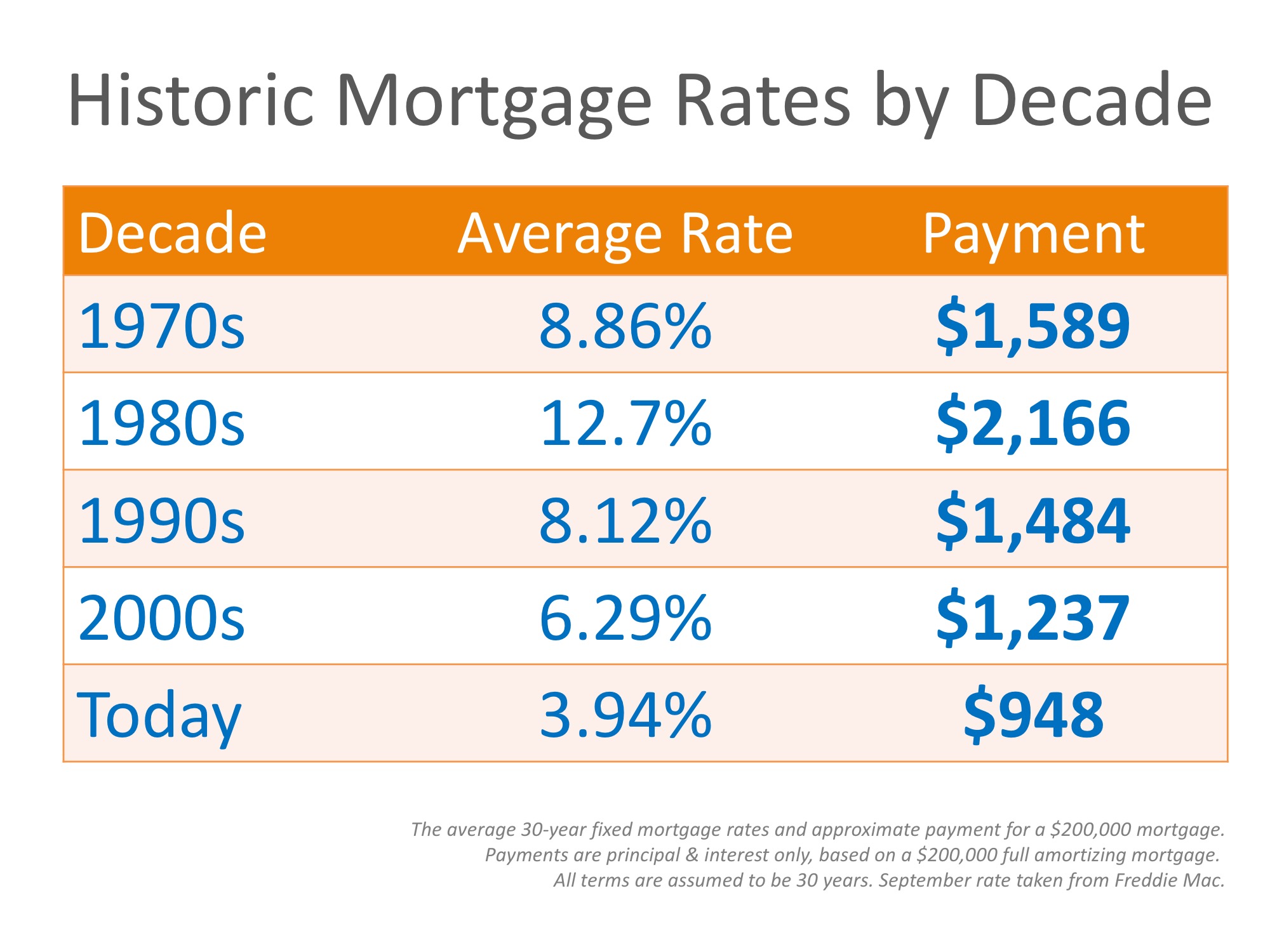 Any increase in interest rate will impact your monthly housing costs when you secure a mortgage to buy your home. A recent Wall Street Journal article points out that, “While still only roughly half the average over the past 45 years, according to Freddie Mac, the quick rise has lenders worried that home loans could become more expensive far sooner than anticipated.”

Tom Simons, a Senior Economist at Jefferies LLC, touched on another possible outcome for higher rates:

“First-time buyers look at the monthly total, at what they can afford, so if the mortgage is eaten up by a higher interest expense then there’s less left over for price, for the principal. Buyers will be shopping in a lower price bracket; thus demand could shift a bit.”

Interest rates are impacted by many factors, and even though they have increased recently, rates would have to reach 9.1% for renting to be cheaper than buying. Rates haven’t been that high since January of 1995, according to Freddie Mac.